With an exceptional knowledge of HUD regulations and longstanding expertise in providing a wide range of technical assistance, management training, and on-site expertise, NMA senior trainer and consultant Cydney Jones recently headed operations for NMA’s contract with one of the largest public housing authorities in the country. Cydney will be presenting the following session at the 2015 NMA and GoSection8 Housing Conference.

END_OF_DOCUMENT_TOKEN_TO_BE_REPLACED

Subscribers to our annual revision service can expect to receive the latest version of the NMA HCV Executive Management Master Book this week. If you have any questions about your subscription, please contact Meg Kennedy in our accounting department and she'll be happy to assist you.

END_OF_DOCUMENT_TOKEN_TO_BE_REPLACED 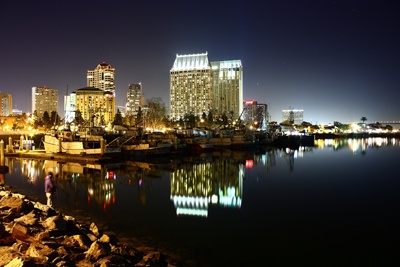 One week left to register for the 2013 NMA Housing Conference and GoSection8 User Conference! New track sessions and signups for one-on-one consulting have just been announced. To read the full list of sessions, go here.

END_OF_DOCUMENT_TOKEN_TO_BE_REPLACED

Today in our interview series, we're talking to NMA senior consultant Teri Robertson. Nationally recognized as a leading expert in the housing choice voucher and public housing programs, Teri has previously written for the NMA blog on such subjects as HCV administrative fees and how to maximize your agency’s performance rating. She's currently publishing an ongoing series of posts focusing on sequestration in the HCV program.

I've been with Nan McKay and Associates for roughly 14 years. Before that, I worked for a large housing authority; before that, in welfare; and before that, as a manager with AT&T.

AT&T offered the golden parachute. Being a manager took a lot of time away from my family, and my sons were at important ages. I took the "early retirement," and then started hunting for a job. I began working in the welfare department for the County of San Diego, then saw an opportunity to transition to the housing authority. It looked interesting. It was!

I have two. First is HCV program utilization. As agencies undergo funding setbacks, it's critical that they manage to their voucher utilization to the greatest extent possible. This includes taking whatever actions are feasible to reduce average per-unit costs and to ensure consistent monitoring and projection of lease-up and related expenditures. On average, it can take months from waiting list selection to lease-up. Agencies really need to manage this aspect of their business.

Second is quality control. I believe an effective — and positive — quality control system is the single most important factor in the prevention of future errors. It does require identifying key program indicators (KPIs), establishing a QC system, tracking results, and coaching and mentoring staff. Although QC is a lot of work, it's less work than fixing large errors after they've been made.

Working directly with clients. Whether it be educating, presenting a more efficient way to reach goals, or providing an in-depth assessment of their program complete with recommendations, I know I'm making a difference.

Tell us about a successful project that you had a part in.

A very large housing authority contracted with NMA to have us establish their internal QC department. The agency's HCV program was administered by vendors, and the PHA wanted a new approach to quality control. I headed the project. After writing a detailed action plan that was approved by the PHA, our great team went to work. We participated in the hiring of the new QC team, established detailed electronic tools for QC purposes, trained and coached staff, set an ongoing QC schedule, coached staff in writing QC procedures, and established an ongoing management reporting system.

In her free time, Teri Robertson enjoys spending time with her grandchildren and hiking the many mountain trails of San Diego's backcountry.

END_OF_DOCUMENT_TOKEN_TO_BE_REPLACED

Ask the Experts: Join us next week to discuss sequestration

Next week, NMA's Teri Robertson will be hosting a telephone conference to discuss sequestration. (For some background, browse the #sequestration tag.) The session will cover:

END_OF_DOCUMENT_TOKEN_TO_BE_REPLACED

Previous All posts Next