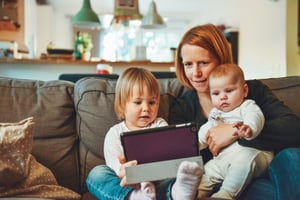 The event celebrated the Atlantic City RX5 Cyber EnVision Center relocation to a larger space. The new building will be able to provide more community resources than the previous site. Read more

In the piece, Carson talks about HUD's Home for the Holidays series and the impact programs such as the Family Self-Sufficiency Program and the Foster Youth to Independence Initiative (FYI) has had on American families. Read more

The eviction moratorium has been extended to March 31, 2021. Governor Inslee wanted to provide Washington residents certainty about whether the moratorium will be extended while still working out the final details of the order. Read more

The grants and loans will assist an estimated 1,404 multifamily rental units. The primary source for the funds come from the state’s Housing Trust Fund. Additional funding will be provided by the federal HOME and National Housing Trust Fund programs managed by the Department of Commerce. Read more