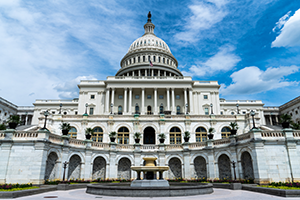 The House Appropriations Committee on Tuesday advanced a $137.1 billion spending bill covering transportation and housing, about $6 billion above current levels.

The Department of Housing and Urban Development would receive most of the increase, bringing its funding to $50.1 billion. The bill would also block a public housing rule on undocumented immigrants from the administration that Democrats say would “threaten the housing tenure of 55,000 children who are citizens or legal residents.” Read more

A long-delayed $19.1 billion disaster aid bill is headed to the president for his expected signature, overcoming months of Congressional infighting.

Lawmakers gave the measure final congressional approval on Monday by 354-58 in the House’s first significant action after returning from a 10-day recess. It was backed by all 222 voting Democrats and 132 Republicans, including the GOP’s top leaders and many of its legislators from areas hit by hurricanes, floods, tornadoes and fires. Read more

According to the notice, the extension is necessary in order to meet congressional instructions to implement a single inspection protocol for public housing and voucher units. This new physical inspection model will be NSPIRE, intended to improve upon the current UPCS protocol by prioritizing health, safety, and functional defects. Read more

Landlords participating in a new Virgin Islands disaster relief program could receive up to $50,000 per unit to repair their damaged apartments.

One of the most daunting problems facing locals looking for permanent housing is the cost of rent in the U.S. Virgin Islands, which shot up following the 2017 storms when rental units became short in supply and demand increased. To help with the situation, the local government is unveiling in July a new program using CDBG-DR funds to provide up to $50,000 per apartment to landlords to repair damaged rental property. Read more

FEMA announced that federal emergency aid has been made available to the state of Kansas to supplement state and local response efforts to the emergency conditions in the area affected by flooding beginning on May 9, 2019.

In California, PG&E received approval to set up a $105 million wildfire assistance fund.

PG&E Corp may set up a $105 million housing fund for victims of 2017 and 2018 wildfires in California, which were blamed on the utility’s equipment. U.S. Bankruptcy Judge Dennis Montali approved a motion by PG&E seeking permission to establish the fund for people who lost homes in the fires and were uninsured or have used up or will exhaust their insurance. Read more

Communities in the Greater Miami area banded together to create a regional resilience strategy.

The plan contains more than 50 actions focused on issues such as the environment, infrastructure and economic prosperity. Some of the measures address mobility, housing options, energy efficiencies, financial stability and advancing public health priorities. Read more