In a landmark civil rights decision, the Connecticut federal District Court established for the first time that consumer reporting agencies must comply with the Fair Housing Act when conducting tenant-screening services for landlords.

The decision in Connecticut Fair Housing Center et al. v. CoreLogic Rental Property Solutions, LLC, which the Center filed with the National Housing Law Project after CoreLogic’s tenant screening product, CrimSAFE, disqualified a disabled Latino man with no criminal convictions from moving in with his mother. CrimSAFE provides landlords with an accept or decline decision based on CoreLogic’s assessment of an applicant’s criminal record. The lawsuit alleges CrimSAFE discriminates on the basis of race, national origin, and disability in violation of the Fair Housing Act. Read more

Under the new requirements, which took effect yesterday, federal inspectors must check for the detectors in any public housing units that contain fuel-fired appliances or have an attached garage, and determine if they are working, according to a HUD notice issued last week. The new requirements will apply to properties owned and operated by public housing authorities, as well as privately owned developments under contract with HUD, according to HUD spokesman Brian Sullivan. But they will not apply to privately owned apartments rented to people with Section 8 housing choice vouchers. Read more

The bill is expected to be considered by the full House of Representatives this week. It retains the baseline housing protections in VAWA 2013 and includes amendments that would strengthen VAWA’s emergency transfer and lease bifurcation remedies; address the need for proper VAWA implementation and compliance; as well as protect VAWA survivors’ right to report crime and support effective law enforcement.

Importantly, VAWA 2013’s housing protections continue to be in effect. These safeguards did not expire when Congress failed to reauthorize VAWA last year. Therefore, VAWA 2013’s statutory housing provisions and related implementing regulations and guidances by HUD and RD are still in force. Read more

The National Low Income Housing Coalition has published their annual analysis of recent data, and the results are stark.

Nationally, there is a shortage of 7 million homes affordable and available to the lowest-income renters. Rents have risen faster than renters’ incomes over the last two decades, and while more people are renting than ever, the supply of housing has lagged. Fewer than four affordable and available rental homes exist for every 10 deeply poor renter households nationwide. As a result, record-breaking numbers of families cannot afford decent homes. Read more

Back in 2012, the FHA rolled out a LIHTC pilot program that dealt specifically with applications to refinance mortgage debt under FHA's Section 223(f) program. Under the new expansion, FHA will begin to support "new construction and substantial rehabilitation" under its Section 221(d)(4) and Section 220 programs. Read more

In a study that raises alarms about an increasingly tattered safety net for low-income seniors in America, researchers have found that just short of half—44 percent—of all homeless people older than 50 years old hit the streets for the first time after they were 50.

The study’s finding speaks to the danger of a shrinking ability of people to adequately save money and make other arrangements for retirement and indicates that there is too little help in place to catch them before they fall into homelessness when hard times hit. Perhaps most disturbingly, it reflects society’s ambivalence toward the plight of the elderly. Read more

A number of housing groups and state representatives are making another push to reform the scoring process for federal LIHTC applications in Texas.

If those pushing to change that process are successful, they say, the credits will be allocated more fairly and with less political influence, racist NIMBYism will lose some of its leverage, and affordable housing developers will have a better chance of serving residents who are the most in need. Read more

Climate change is getting harder to ignore, from alarming new reports about its impacts to debates around a Green New Deal.

Yet for all this attention, individual places—from the biggest cities to the smallest towns—are still struggling to do something about it. An unpredictable climate should serve as a strong motivator for every community to better maintain its man-made and natural stormwater infrastructure to be more flexible and responsive. Read more

When Sonoma County’s pilot project to build tiny homes for more than a dozen homeless veterans ran into one, then two, then three major roadblocks, it was fitting that the response was to just work around it and get the job done.

After all, the county's veterans have demonstrated their resilience throughout their lives, during their service and after. Thanks to the HUD-VASH (VA Supportive Housing) program, 15 formerly homeless veterans, including one couple, will have rental assistance and case management on a plot of county-owned land. Read more

How New Orleans reduced its homeless population by 90 percent.

New Orleans faced a major crisis in homelessness following Hurricane Katrina. In 2007, two years after the storm, there were more than 11,600 homeless people in the city. The strategy to tackle the "unprecedented explosion" of homelessness in the city following Katrina was threefold. Read more

Housing policy is on the presidential campaign agenda for the first time in decades.

The rising cost of housing has become an issue on the presidential campaign trail for one of the first times in living memory, thrilling advocates who are hopeful that tackling housing affordability can merit inclusion on a crowded 2020 Democratic policy agenda. Read more

In a portion of her updated version of her ambitious 2018 housing bill, Warren proposed a check on the unregulated takeover of rental housing by the country's biggest investment firms. Instead of allowing Wall Street-backed developers to flip any distressed and foreclosed mortgage into a single-family rental unit, her bill would require the government to help keep the majority of these homes in the possession of individuals, community groups, and affordable-housing developers by setting aside a supply of mortgages that Wall Street can't touch. Read more

Articles to bookmark for later reference

Five ways to prepare your city for next year's census.

Now is the time for cities to lay the groundwork for a successful census. Small steps your community takes today can go a long way in ensuring it is accurately counted next year. Read more

How state and local governments can assume a greater role in disaster recovery. 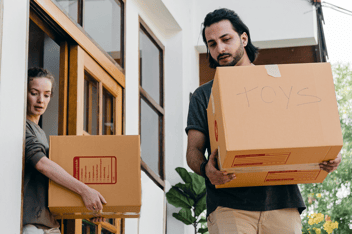 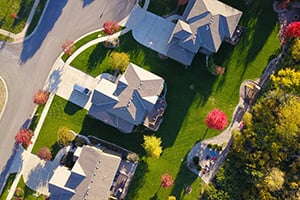 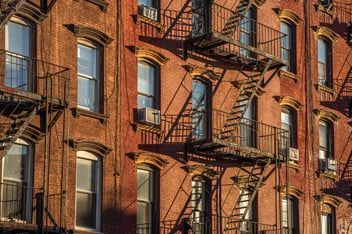