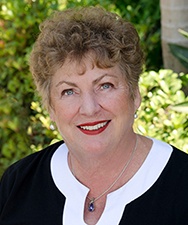 Continuing the "Meet the team" series, NMA founder and president Nan McKay was kind enough to share some of her busy time with us for an interview. Nan has previously written for the NMA blog on the topic of executive management and high performance achievement in the HCV program.

In 1980 I had 17 years' experience working for housing authorities and wanted to do something new. I decided to start a training company and, a month after beginning Nan McKay and Associates, I won a HUD training contract with four contracts awarded nationally, mine coming in second because HUD awarded the contract on experience, not money. I probably wouldn't have known how to bid a big (or little!) HUD contract at that time. The dollar amounts you received as contractor were set by HUD, and they provided the material for you to train. I was thrilled, to say the least.

The training covered HUD's new housing quality standards, and attendance was mandatory. Many housing authorities didn't like that. I figured I had better put on a pretty interesting show, or the students might shoot the messenger! I traveled with a set of 10 pre-completed flip charts (we didn't have overheads and PowerPoints yet — I don't think they had been invented). I drew stick figures on the charts to illustrate topics. Very professional. A trial by fire. Dee Dee Strum, Ellen Hart, and Joanne MacDonald helped me out, and we did HUD sessions around the country.

Lo and behold, people liked the training and wanted me to do other things. So we did. I learned how to negotiate with hotels and even decided what to serve at the lunches we provided at seminars back in those days. We developed new training material, and by that time I had written and published three books, which we used in the training. We even finally purchased an Apple II computer and didn't have to type all those labels anymore!

I love to go to cities and talk with people

and see how they live. My hobby is life.

For five years, I worked out of the basement of my home, starting early before the kids were up and often talking on the phone with housing authorities in my nightgown. We did the business as a family team, with Molly and John (my children) sharpening pencils, collating papers, sealing envelopes, and writing name tags.

There were a couple hard parts: having to leave the family, sometimes with tears, week after week, missing birthdays and school events; and trying to do the training and the business work while I traveled about 40 weeks a year. My husband learned to cook something other than scrambled eggs and became "Mr. Mom" in addition to his work, and Molly and John were troopers about only talking with me at night on the phone many nights during the week. Whatever success I have had, I credit much to my family. Without my team supporting me at home, I couldn't have done it.

Over time, the business grew, with more books and more seminars. We relocated to California in 1985 and moved into real office space. In the '90s, some wonderful people joined me and are still with NMA. Ray Adair, Jay Ortenzo (as a contractor first), Dolores Figueroa, and Bill Caltabiano were the earliest, then Carrol Vaughan, Cara Gillette, Holly St. Hilaire, Annie Stevenson, John McKay, Terry Provance, Teri Robertson, Gaye Walker, and Lois Boyles. We also had a computer company for 15 years with housing software and, on the side, I started a business called Designer Outlet (my midlife crisis, I think) which was not financially successful.

Now I oversee the company at a high level, with John handling the heavier load. The principles we started with are still in place: treat your customers well, operate with integrity, work hard, make people's lives better, do the best job you can with a positive attitude, and know that you have to be 100 percent correct when discussing the HUD requirements — or suffer the consequences!

My husband and I moved to Minnesota and I needed a job. I was 21. I started in the rehabilitation department at my first housing authority as a secretary. In 1963, women were pretty much relegated to secretarial jobs, unless you had a degree; then you might get a job as a housing manager. I had two years of college at that time, and therefore only qualified for a secretarial job. 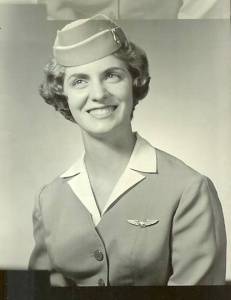 However, I was brought down to the executive offices and told that higher positions in that department really weren't for women because, historically, women got pregnant and left — and I didn't get the job. I trained the man who got the job, but it was hard to keep my heart in my work.

I had organized a national conference for the department and ran into Harold Moriarty, who had recently been appointed as executive director of a smaller housing authority. He asked me what experience I'd had with the department, said he was looking for someone with responsibilities similar to those of an administrative assistant, and asked me to write a job description for that position, which
I did. He offered me the job — and I took it.

Mr. Moriarty did more for me than anyone else before or since in my career. He gave me a chance. After a year or so, he wanted to promote me to assistant to the director and, as I understand it, had to put his own job on the line to get agreement from the board. He not only championed me, but I had been divorced and he introduced me to my current husband of almost 45 years.

I worked with Mr. Moriarty for nine years. I helped him build the agency by working on an urban renewal project, writing a business relocation and acquisition guide with a HUD staff member, and finally becoming assistant executive director. While there, I supervised the design and construction of, and then managed, a highrise for elderly families in South St. Paul.

The highrise was a wonderful experience. In the beginning, many of the elderly residents felt like they were old and their lives were over. Some of them were so poor, they were eating dog food before they moved into the building. Many were embarrassed to have to have this kind of financial help. I was about 25 and didn't agree with any of it. I told them that they had worked all their lives and paid their taxes and they deserved it.

We had New Year's Eve parties where everyone dressed up and ate popcorn and drank punch. We went to plays and other events. We created a beauty shop in the highrise with money donated by the business community. We had pool tournaments. We had dancers and singers come in and entertain us. We made a garden that the residents could plant. We laughed and we cried. We were a family. 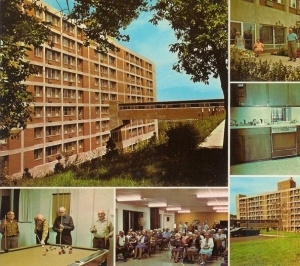 I had my daughter while working in the highrise (I worked until 5:30 p.m. and she was born at 8:30 p.m.). I was back at work in two weeks, and the caretaker's wife babysat for her. Molly had 132 grandmas and grandpas, because she spent so much time at the highrise until I had John. The commissioners named it "The Nan McKay Building."

The county called and said they wanted to build an elderly highrise just like South St. Paul's. I did the organizational transcript, and when they were finally funded in 1976, after a HUD moratorium on funding, I left to build their program.

During the four years I worked there, we did community development, housing, a weatherization program, 115 grants, and 312 loans. We worked in 32 communities and built sidewalks, a shelter for battered women, and a community services building, as well as both elderly and family public housing and the Section 8 program, which was selected by HUD as one of the 13 outstanding Section 8 programs in the country. The board was kind enough to name a family project "McKay Manor."

I started Nan McKay and Associates in 1980, and the rest is history. 2013 is my 50th year in the housing industry.

I went back to college in the '70s (I was then in my 40s), finished my bachelor's degree, and did about two years of work on my master's degree. I worked full-time and went to school at night. I had the company by then, and my travel just didn't allow the time for school anymore. However, I also attended the Federal Executive Institute and completed many, many managerial courses. I'm working on an Excel class this year, which will give Andrew Denicola and my other helpers some relief.

Making a difference in the lives of the families who are housed is the biggest one. Until you really see the struggles low-income families and elderly and disabled people have, up close and personal, you don't have any idea how hard life can be. Treating people with compassion and respect is so very critical. Their lives are hard enough without having to deal with a bureaucratic, insensitive housing authority employee who doesn't administer their subsidy according to HUD rules.

When we work with housing authority staff, we help the people who help the people. If we can impart the knowledge that housing authorities need when managing the regulations, and can be the "wind beneath the wings" of management staff in how to manage their staff with knowledge, professionalism, and respect, we will make a difference in the housing world.

I love everything about what I do and have done.

Next: Read Nan's "Fifty years in housing: Part I"

Nan has chosen the National Leased Housing Association as the organization she supports and to which she volunteers her time; she currently serves on the NLHA board and is an active member. In the past, she has been actively involved in NAHRO as a regional board member, president of the state chapter, and national chair of their housing subcommittee. She helped start DARTS (Dakota Area Referral and Transportation for Seniors), a community-based nonprofit that connects people to services and partnerships that improve their quality of life.

In addition to her participation in many women's organizations and associations for women in business, Nan also co-founded Minnesota Women in Housing with Lyn Burton-Feeney.