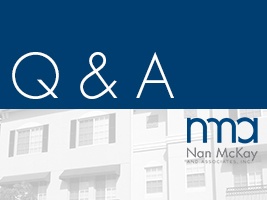 QUESTION     Is the PHA allowed to question a client’s VAWA certification? A client has requested a mid-year transfer based on a list of claimed incidents (stalking). The alleged perpetrator is a former significant other of the client. The case manager questions whether any of these incidents actually happened. The case manager suspects that the client may be claiming VAWA protections in order to leverage a transfer to a more desirable dwelling unit. Is the PHA allowed to ask questions or to investigate the current whereabouts of the alleged perpetrator?

ANSWER     No, the PHA is not permitted to investigate the client’s claims for protections under the Violence Against Women Act (VAWA). The regulation governing permissible documentation requirements is at 24 Code of Federal Regulations (CFR) 5.2007(b). The rule states that the PHA may accept an individual’s verbal statement, or may request documentary evidence such as a certification (Form HUD-5382).

While the PHA may request third-party documentation if there is conflicting evidence (for example, when two household members each claim to be the victim), the PHA cannot investigate further. The staff member’s suspicion does not rise to the level of reliable conflicting evidence.

Are you a PIH Alert subscriber? Every Friday, the PIH Alert includes one frequently asked question (FAQ) submitted by our readers. Sign up today for a free 30-day trial subscription! Email sales@nanmckay.com to get started. To submit your question, email Annie Stevenson at annie@nanmckay.com with the subject line "FAQ Friday."