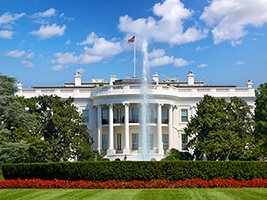 HUD’s proposed budget was built on the values that we uphold as Americans. That our entire nation benefits when our children grow up in a community that’s full of promise, not problems. When a hard-working family is able to responsibly buy their first-home, put down roots, and build wealth. When homeless veterans are able to get the housing they need to succeed in the very nation they risked so much to protect. When every person gets a fair shot and a fair shake to achieve their dreams.

What does the Obama administration propose for the housing choice voucher (HCV) and public housing programs in 2017? The proposed budget for HUD requests a total of $20.9 billion for the HCV program, or not quite 1 percent less than it requested for 2016. The total breaks down this way:

As for the public housing program, the HUD portion of the proposed 2017 budget includes these requests:

You will find the president's message to Congress here, a slide presentation of the proposed HUD budget here, a brief summary of it here, a press release about it here, links to the congressional justifications for the various parts of it here, and the appropriations language submitted to Congress here.

To stay updated on the latest program information, subscribe to the PIH Alert and receive a daily email with news and analysis for PHAs and housing professionals.