What you need to know about MTW: Part III 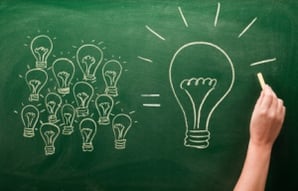 Housing authorities across the country are interested in joining the Moving to Work (MTW) demonstration, but many are unclear on how to become an MTW agency, or how to implement flexibilities once they achieve MTW status.

In this series of posts, we'll discuss how the existing Moving to Work agencies became MTW, the pending legislation that could expand the MTW demonstration to a record number of PHAs, and which flexibilities MTW agencies choose to adopt most frequently.

In this post, we'll focus on proposed legislation to expand the Moving to Work (MTW) demonstration. Please note that NMA does not take a formal position on legislation and that this is only a brief introduction to MTW and administrative efficiency legislation that has been debated in Washington, DC.

As we discussed in Part I, there are very limited circumstances under which public housing authorities (PHAs) can join the MTW demonstration. Because MTW offers the ability to combine funding for the public housing and housing choice voucher (HCV) programs, as well as the opportunity to implement administrative efficiencies by waiving federal regulations, it's no surprise that many PHAs would like to become MTW agencies. As a result, legislation has been repeatedly introduced in Congress to expand the number of PHAs that can become MTW.

Although this legislation may be appealing to many PHAs, several of the provisions have been controversial. Some policy groups and advocates are hesitant to expand the MTW demonstration for a variety of reasons including, but not limited to, the potential for some components to adversely impact residents, as well as the concern that a rigorous evaluation of MTW has not been conducted and that the true outcomes of the program for residents and communities are unclear.

Three recent legislative proposals — the Affordable Housing and Self-Sufficiency Act (AHSSIA), the Moving to Work Improvement, Expansion, and Permanency Act, and the Moving to Work Charter Program Act — provide some insight into the ideas being floated to help PHAs achieve administrative efficiencies and increased flexibilities. These aren't the only pieces of legislation that have been proposed, but they are fairly representative of the MTW expansion ideas in circulation.

AHSSIA would take some of the concepts in use by MTW PHAs and expand them so all PHAs can benefit. It would allow for some streamlined inspection processes, increases in minimum rent, increases in standardized deductions, triennial recertifications for families on fixed incomes, use of prior year income, use of income determined by other federal agencies, and other streamlining measures.

It would also expand the MTW demonstration to "high-capacity" PHAs (those that have at least a 95 percent occupancy/utilization rate for the programs they administer) and greatly increase the size of the MTW program. The legislation would essentially create two tiers of MTW agencies; the agencies with enhanced MTW would be allowed to adopt more substantial rent policies, work requirements, and term limits than the other MTW agencies.

Under AHSSIA, HUD would also be required to conduct three different types of evaluations of the MTW agencies. If these provisions sound familiar, it may be because AHSSIA incorporates some of the same provisions as the Section 8 Voucher Reform Act (SEVRA) that was introduced several years ago.

The Moving to Work Improvement, Expansion, and Permanency Act would make the MTW program permanent and expand it even more than AHSSIA, essentially giving HUD the flexibility to approve an unlimited number of agencies to participate in the program. By contrast, the MTW Charter Program Act would limit the size of the MTW expansion, allowing HUD to enter into charter contracts with up to 250 PHAs for participation in the demonstration. For each of these PHAs, the entire 1937 Housing Act, except for portions dealing with public housing disposition and prevailing wages, would be waived. The PHAs would be required to implement a reasonable rent policy, but they would have the authority to combine their HCV and public housing funds.

Each of these proposed pieces of legislation was introduced prior to the threat of deep funding cuts under sequestration that may impact PHAs dramatically. It's likely that in this time of austere program budgets, Congress may revisit concepts to expand MTW to more agencies or allow for increased flexibilities for all PHAs. However, until legislation is passed, PHAs will continue to have limited opportunities to join the MTW demonstration.

This concludes our three-part series on HUD's Moving to Work (MTW) demonstration. NMA consultant Alison Bell played a leading role as part of a management transition team in the successful start-up of the outsourced administration of a large MTW HCV program. She continues to assist PHAs with their IT procurement projects and provides ongoing technical support to MTW agencies.

Nan McKay and Associates has worked with a number of MTW agencies across the country and can leverage that experience to provide assistance in crafting applications for PHAs that meet the above criteria. For more information, contact sales@nanmckay.com.