Announcing the winners of the 2012 NMA Housing Awards 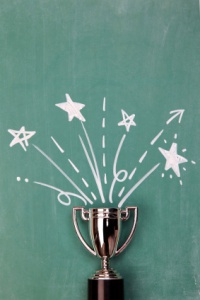 For the second time in less than five years, the St. Petersburg Housing Authority was honored with NMA’s highest recognition, the Excellence in Housing Award. SPHA received the award for its demonstration program to provide housing for young adults aging out of foster care. Below is the full list of award winners:

Our judges were greatly impressed by the St. Petersburg Housing Authority's demonstration program to house youth aging out of foster care. In collaboration with other local assistive agencies, SPHA helps young adults transition from dependency on the foster care system to self-sufficiency, overcoming the numerous obstacles stacked against them.

At a time when energy efficiency and green building methods are of prime importance, the Philadelphia Housing Authority is leading the way in developing sustainable sites that will save money for residents and taxpayers in the long term. Distinguishing itself through the use of tax credit financing and acting as its own developer, PHA has formed partnerships with private financial institutions and received an investment grade rating (AA-) from Standard and Poor's, as well as top ratings on bond issues from S&P.

The Housing Authority of the City of Los Angeles has taken a leadership role in addressing homelessness through innovative programs to extend Section 8 vouchers to the chronically homeless, a population that can be one of the most challenging to serve. HACLA has also provided regional leadership in reducing barriers to access for the homeless and for ex-offenders.

The impressive number and variety of resources, trainings, and programs offered to residents support the Housing Authority of the City of Freeport's stated philosophy of providing a hand up, rather than a handout. As the HACF notes, "The great thing is that these programs are able to be duplicated at any housing authority in any community with persons who are dedicated to improving the lives of their residents and making the housing properties a better place to live."

The Anniston Housing Authority manages an elderly community that includes 56 apartments. AHA wanted to create a community garden where residents could grow their own produce, but encountered some unusual obstacles. AHA came up with a unique solution — "gardening in a bag." The entire project cost less than $1000 and provided residents with exercise, fresh vegetables, and a popular social activity.

You can read more about these agencies’ achievements on the NMA website.